Treatise of Sexual Alchemy: Our Work in Red and White

Our Work in Red and White

1. The regimes of our Philosophical Stone are five.

2. a. To reduce the metals to their crude matter.

3. b. To convert our philosophical Earth into Mercury and Sulfur.

4. c. To unite our Sulfur with the Sun and with the Moon.

5. d. To elaborate the white elixir.

6. e. To give the color of cinnabar to this elixir, and to elaborate the red elixir based on it.

7. The reduction of the metals to their crude matter is purely Sexual Magic.

8. This is how our philosophical Earth is reduced to fire and the Mercury of Secret Philosophy.

9. Our Sulfur is solar and lunar.

10. During the sexual act, the white elixir and the red elixir, the gold and the silver—that is to say, the man and the woman sexually united—have the power of transmuting the metals of our personality into the pure gold of the Spirit.

11. The Philosophical Sulfur is the red tincture, the fire of the Kundalini. It is the spirit of the Roman Vitriol.

12. Aristotle stated in The Book of Meteors,

13. "All the alchemists know that it is not possible to change the form of the metals in anyway, unless they previously have been reduced to their crude matter."

14. We must sublimate our Philosophical Mercury.

15. The Mercury passes through processes of distillation, thickening, putrefaction, burning, and settling in its sexual matrass and in its furnace.

16. Our Philosophical Earth absorbs the fertilized water that it longs for, thus it calms its thirst. Later on, it produces hundreds of fruits.

17. When our Philosophical Earth or human organism is saturated with christonic semen, it produces the internal fruits of great cosmic realizations.

18. Before adding the fermentation, let your black water be whitened.

19. The crow that flew from the Ark of Noah is our black water that we must whiten. It is the Mercury of the secret philosophy that we must make shine with the pure gold of the Spirit.

20. This crow's head, mother, heart, and root of the other colors is the filthy brass, the black waste, the bronze of the philosophers. It is the humus; it is the black Sulfur; it is the male spouse, etc. 22. Our Great Work is nothing more than a permutation of natures, an evolution of the elements.

23. The pure gold of the Spirit is the firewater vinegar of the philosophers, the virginal milk that reduces all the metals to their crude matter.

24. The crow that flew from the Ark of Noah is perfect Mercury.

26. It is necessary to make the four elements rotate in a circle to permute their natures.

27. It is necessary to convert the earth into water, the water into air, and the air into fire. 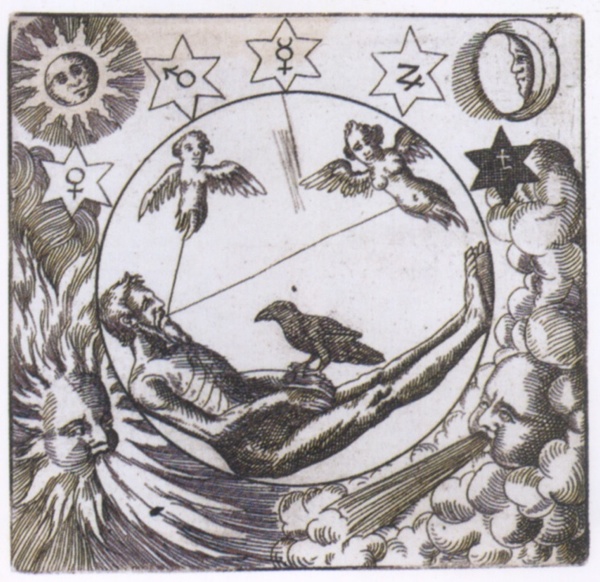 28. Those who do not die and resurrect must abandon our sacred art.

30. On one extreme of our blessed stone, two torches burn: the gold and the silver, the man and the woman sexually united.

31. On the other extreme, there is the elixir of perfection, which is the son of the two.

32. It is not possible to pass from one extreme to the other without passing through the middle.

33. There are four waters: the first dissolves the Moon's lime and transmutes it into the Mercury of secret philosophy.

34. The second dissolves gold, yellows the metals, and causes them to shine.

35. The third reduces the metals to their crude matter.

36. The fourth is the perfected Mercury, the pure gold of the Spirit.

37. The first two waters are the red elixir and the white elixir, with which we perform our works in red and in white.

38. Our Philosophical Stone is black, red, and white.

39. The Mercury of the secret philosophy is the black crow that must be transmuted into the white dove of Noah's Ark, which is the dove of the Holy Spirit, the pure gold of the Spirit.

40. The man is the Red King, and the woman is the White King.

41. Our Philosophical Stone is black, red, and white.

42. Our work in red and in white is the loving union of Sexual Magic.

43. We whiten our black crow with Sexual Magic, and we convert ourselves into omnipotent gods of the universe.

44. With our work in red and white, we convert ourselves into the serpent with seven heads, the Great Serpent.

45. With our work in red and white, we convert ourselves into dragons with seven heads.

46. With our work in red and white, we transform ourselves into inhabitants of the world of the Mist of Fire. 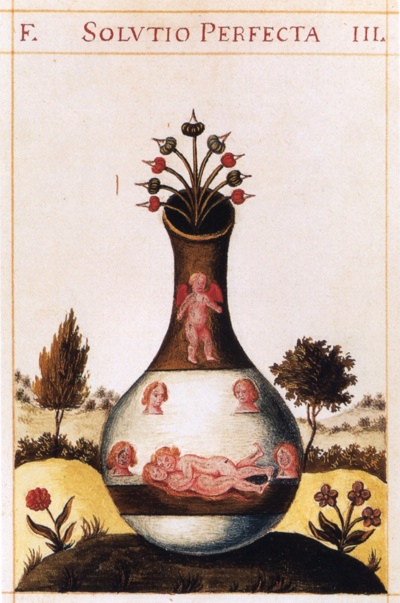